Life operates in cycles stages and seasons. The cycle is mentioned in Genesis 1:11 and it is based on the premise of the seed. Everything in life reproduces after it’s own kind, you can only produce what you are.So for example jealousy reproduces after it’s own kind. When you see the same things year after year dealing with same problems stumbling over the same issues, suspect that a seed is reproducing this problem. Let’s look at the seed of lying In Genesis Isaac lied, but we’ve heard his lie before in the same place a generation earlier. Both he and his father Abraham lie, they marry women so beautiful that they saw the need to lie. Isaac wasn’t even alive when Abraham told the first lie so how could the son duplicate the same sin of the father. The cycle of the seed says the sins of the father are passed to the son. Is this environmental or genetic? Even doctors nowadays know the connection in taking a medical history, they start asking about dead people in your family line. But this seed planting works for the positive as well. Abraham left a blessing for his son by digging wells and naming them for his God and acting by faith. Genesis says after Abraham’s death, “now Isaac listened to the voice of God who tells him to live in the land I tell you and so Isaac stayed in Gerar  Isaac planted crops in the land and they grew 100 fold. Invite someone to take a closer look at Christ and his church 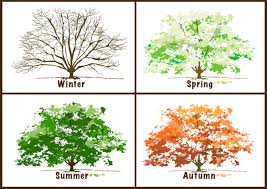